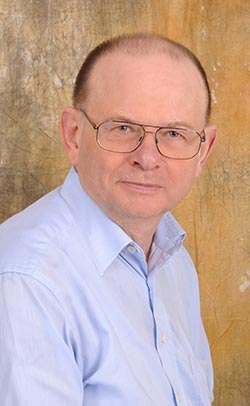 Beginning of the nineties last century axxent started to manufacture an audio intercom system. Founder and owner of axxent e.K. is Josef Becker, a professional audio veteran for more than 40 years.
It all started with a two channel master station, 19": MS-200, a belt pack BP-100 and a signal light LP-100.
These are still made today – with minor modifications to comply with todays’ technology.


1994 - 1995
axxent developed a ½ 19" loudspeaker station CP100, able to work as a small intercom master station in applications where place has become scarce.
The one-channel master station MS100 came into the market with the unique feature of a cigarette lighter. Many f.o.h. sound engineers at that time enjoyed this feature. Safety regulations today put a limit to this application.

2003 - 2005
These years marked the introduction of a first series of installation amplifiers – low impedance, two channels, between 150 watts to 800 watts per channel. A one channel audio delay was introduced – with very simple adjustment of distances from 1 meter to 99 meters.
Two amplifiers with 100 v outputs were added – models AX-2120T and AX-2240T, 120 watts, respectively 240 watts per channel. Both amplifiers models are in production today – with switch mode power supply now - , installed in Germany in great numbers and in Europe as well.

2008 - 2009
An intercom belt pack BP100V, which, besides light flashing alarm, had a vibration alarm module to plug in the belt pack. Also in 2008, axxent introduced call signal lights with led's, colored in red, green, orange and yellow. Additionally, a seven channel input audio mixer GMX2500 with multiband limiter was introduced – intended for use in entertainment environments. The mixer could be used with 19" rack ears inside a rack or without the rack ears as a table top mixer. A 4 x 100 watt powered version of this mixer followed 20099
A first automatic power mixer was developed, providing five mic/line automatic mixing inputs, plus auxiliary inputs and 240 watt output – low impedance or 100 v. Its main application is in churches and passive cooling of this power mixer makes it ideal for this application.


2011
We developed a series of four channel amplifiers for fixed installations: model AX-4120TS and AX-4240TS. Power of each channel is 120 W, respectively 240 W into 4 or 8 Ohm loads, in addition to 50 V/70 V/100 V constant voltage outputs. All amplifiers feature high quality fully isolated output transformers, isolated to chassis and ground.

2012 - 2013
2012 saw several new intercom components such as the four wire adaptor FW100, the radio interface TW100, a new belt pack BP101, etc. More intercom audio components are under development to adjust to the changing needs of professional sound and light engineers.
In our installation range of products we developed and manufactured an induction loop amplifier for the first time. Loop amplifiers are needed for hearing impaired persons to drive an installed loop, within which the hearing impaired via their hearing aid equipped with a "T" coil receive clear speech and music. Our loop amplifier may drive large loops up to approximately 1000 sqm and it has the singular feature that it may be adjusted to drive smaller loops.

2014 and further
We are constantly striving to develop and manufacture professional audio products to suit you. If you feel that we ought to have a product that you don’t find on the market and that you would have good use for, please let us know. Note that all our products are made in the European Union and are staying in the market for a long time.